The Transylvanian Trilogy Volume I. – They Were Counted

The celebrated TRANSYLVANIAN TRILOGY by Count Miklós Bánffy is a stunning historical epic set in the lost world of the Hungarian aristocracy just before World War I. Written in the 1930s and first discovered by the English-speaking world after the fall of communism in Hungary, Bánffy’s novels were translated in the late 1990s to critical acclaim

They Were Counted, the first novel in the trilogy, introduces us to a decadent, frivolous, and corrupt society unwittingly bent on its own destruction during the last years of the Austro-Hungarian Empire. Bánffy’s lush depiction of an opulent lost paradise focuses on two upper-class cousins who couldn’t be more different: Count Balint Abády, a liberal politician who compassionately defends his homeland’s downtrodden Romanian peasants, and his dissipated cousin László, whose life is a whirl of parties, balls, hunting, and gambling. They Were Counted launches a story that brims with intrigues, love affairs, duels, murder, comedy, and tragedy, set against the rugged and ravishing scenery of Transylvania. 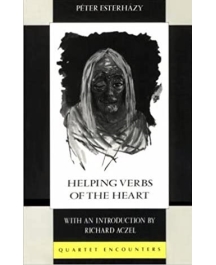 Helping Verbs of the Heart

Esterházy achieved in this book a real literarian tour-de-force which mixes most unexpected and revealing ingredients. Two brothers and a sister, summoned by their father and reunited at the hospital where their mother lies on her deathbed, must come to grips with their relationships with both their parents

Mimi – The story of a Hungarian aristocrat before World War II.)

MIMI is a magnificent work, as is its heroine of the same name. She is a true aristocrat, yet at the same time a real human being. The social conflicts and political convulsions of the period of World War II are depicted beautifully and realistically. The tragedy of the victims of the holocaust brings their human misery right into the reader’s living room. 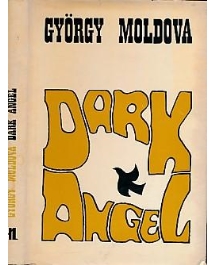